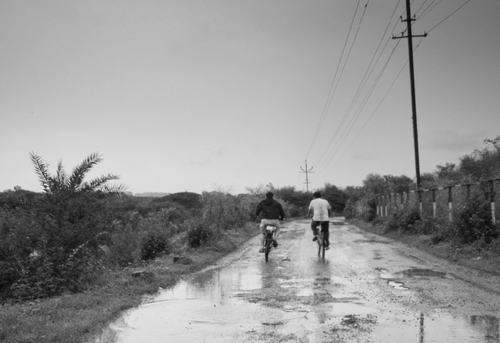 Tyo and Q
So I had a bet with Vivek (and later Percy) that I could cycle to the top of Sinhagad on a cycle. They said I could not even reach the base let alone the top Vivek said I could not even reach the base but Percy bet him that I could reach the base.  So we exchanged a couple of emails to formalize the conditions (sic) and the bet was on.
Next step was to acquire a cycle.  Because we could not beg or borrow one, we brought one.  Hercules 18 gears with alloy rims. Nice and light.  The me and percy practiced a bit in Warje. It was freaking HARD to climb up even a minor slope .. hehe ..
The bet got talked about. And as is the way of our gang, there was a nice hype around including a facebook countdown by Shot (tu ruk saale). People had promised they would come down from Mumbai to support.  Vivek and Percy from Pune would, ofcourse, be here.
Tyo (who already has a cycle) decided to give me company. Which was good news. Two is better than one on the road. :)  So Trupti and Tyo, Vivek and Percy, Sumedh, Shot and Busty all came over to stay the previous night. Aniket was also here but he did not join the next day. It was typical tp the previous night and was about 3am before we got to sleep...
The day, 7th August 2010, started early for us. Me and Tyo got up, ate some stuff and got ready to leave. After a brief warmup we were ready and the others had also got up by then to bid us bye.  We left at about 6.30am.
After the first 10 minutes I was cursing myself for getting into this shit. We encountered a long and steep slope in the first 20 minutes. It was hard going up.  But now we were committed. Base village had to be reached at the minimum. So we went along.  First halt of 10 mins was Khadakwasla dam. We had been sipping some getorade which Trupti had got along with her.  The weather was fantastic. We were early, there was no sun. It was completely overcast. There was a cool breeze blowing. As soon as we left the dirty city behind it was very refreshing to cycle along.  The landscape was so crisp and green.  After the first break we started getting light rain intermittently. It only doubled the enjoyment. In the meanwhile all the support staff were behind or ahead of us in 2 cars.  They used to wait for us and shout encouragement and cheer us along.  It was great fun.
So finally we reached the village at the base of Sinhagad. I decided I was no way going to be able to cycle the steep slope of 12km up to the top.  I lost the bet (but thankfully Vivek, being the kind hearted guy he is, gave me ~95% discount in the bet). But I was happy I was able to do 20 odd km till here.  The gang got some gulabjamuns to celebrate our ride.
It was a great day. Thank you guys! 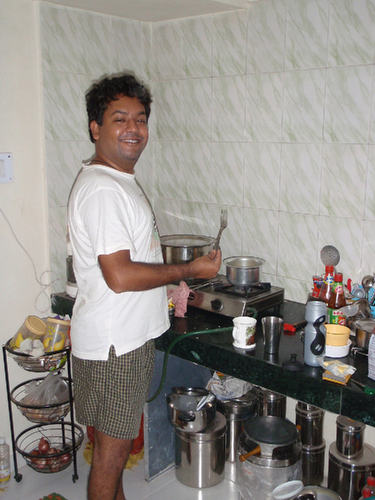 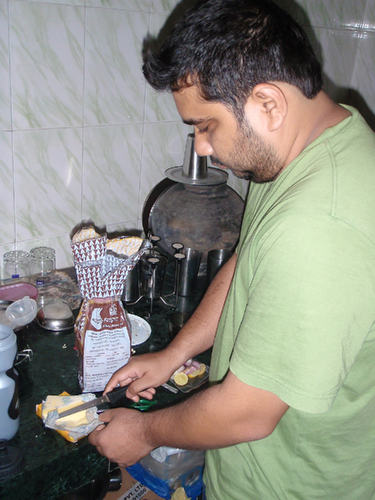 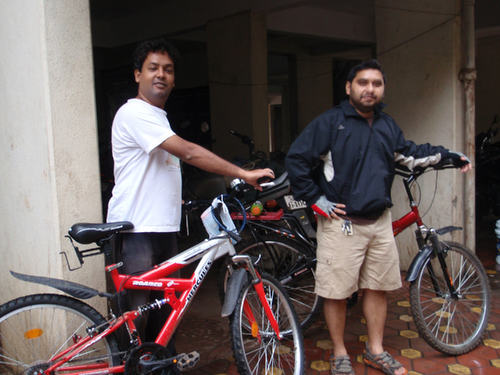 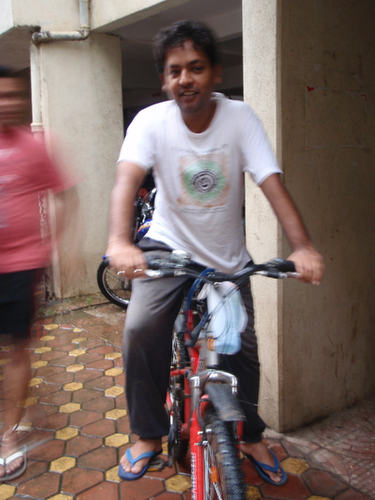 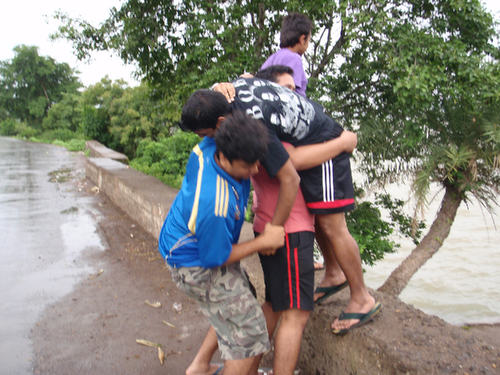 horseplay of the support section 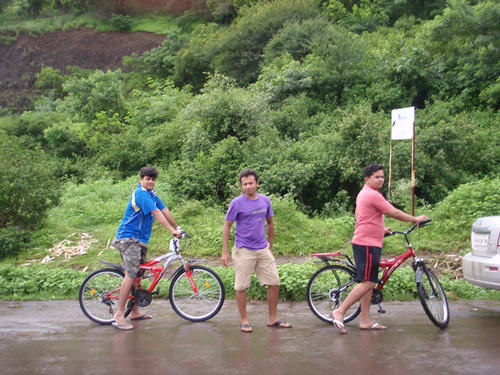 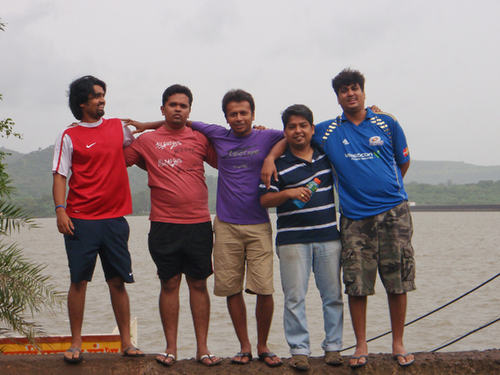 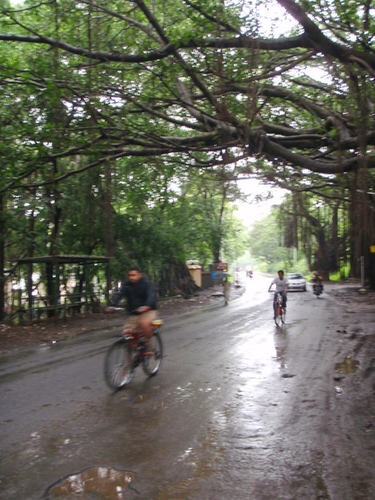 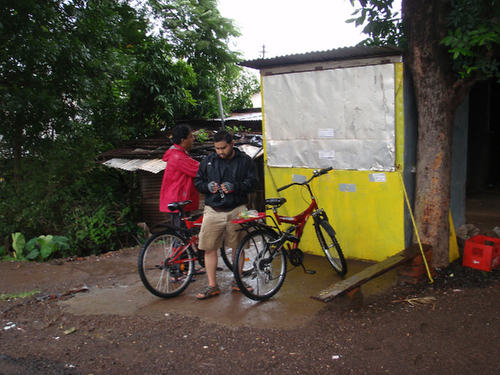 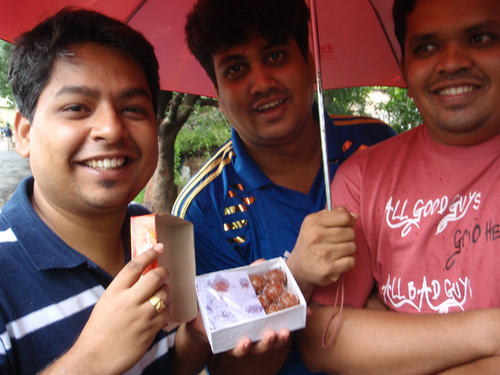 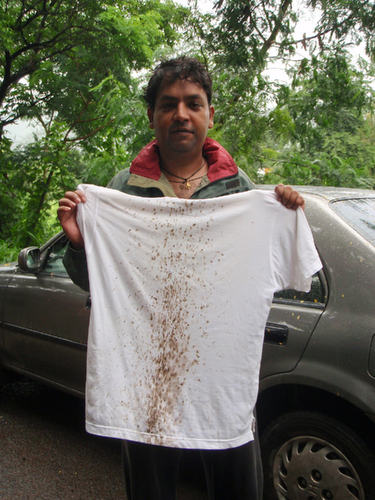 Vivek Raowhat an event this was! super fun.... it had all the excitement of the bike race, and then the weather on sinhagad was mind blowing... great fun... hats off for reaching the base village...
about 10 years ago

Abhijit Rao@vivek I edited and added that bit .. :) it had just skipped my mind in my hurry to put up the post.
about 10 years ago

Prashant AcharekarIt was an amazing day. Initially the excitement/fun of cycling and then amazing climate on Sinhagada. I am waiting for the part II of this post.
about 10 years ago

Sumedh Khobragadebcos of Quasi's and Vivek's bet... we were able to enjoy so much... enjoyed like hell...1st cycling , then good weather on sinhgarh... dhamaal and only dhamaal...
about 10 years ago

Trupti Mulajkar-Deshmukhsosata point, we should be able to tag that on maps here ....
about 10 years ago

Trupti Mulajkar-Deshmukhho mag kat, sosatyacha vaara hota mhanun :P, Q besides the point , can we tag it on the maps here ?? that will be useful ...
about 10 years ago

Abhijit Raoyup. Was going to add map route. But adding geolocation tags by readers is a good idea. I was thinking of adding that to the upcoming product, but we can add here too.
about 10 years ago

Trupti Mulajkar-Deshmukhyeah thats what i suggested to you last time, whoever is involved in trip can add geolocation points .... so add people to a trip as well add locations ...if that makes sense
about 10 years ago

Archana RaoSeriously you bet with vivek? When he proposed this bet to you, you shud have said you will give him a millon dollars if he could cycle ten rounds of his building!
about 10 years ago

Abhijit Rao@sujay .. yes he was indeed. I gave all the cyclists some hugs after the race ... tight hugs. :P
about 10 years ago